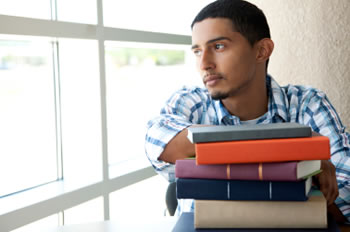 Affects focus, attention and behavior and can make learning challenging

A disorder that includes difficulty staying focused and paying attention, difficulty controlling behavior and hyperactivity. Although ADHD is not considered a learning disability, research indicates that from 30-50 percent of children with ADHD also have a specific learning disability, and that the two conditions can interact to make learning extremely challenging.

Attention Deficit Hyperactivity Disorder is a condition that becomes apparent in some children in the preschool and early school years. It is hard for these children to control their behavior and/or pay attention. It is estimated that between 3 and 5 percent of children have attention deficit hyperactivity disorder (ADHD), or approximately 2 million children in the United States. This means that in a classroom of 24 to 30 children, it is likely that at least one will have ADHD.

ADHD is not considered to be a learning disability. It can be determined to be a disability under the Individuals with Disabilities Education Act (IDEA), making a student eligible to receive special education services. However, ADHD falls under the category “Other Health Impaired” and not under “Specific Learning Disabilities.”

Many children with ADHD ¬ approximately 20 to 30 percent ¬ also have a specific learning disability.

Other disorders that sometimes accompany ADHD are Tourette Syndrome (affecting a very small proportion of people with ADHD); oppositional defiant disorder (affecting as many as one-third to one-half of all children with ADHD); conduct disorder (about 20 to 40% of ADHD children); anxiety and depression; and bipolar disorder.